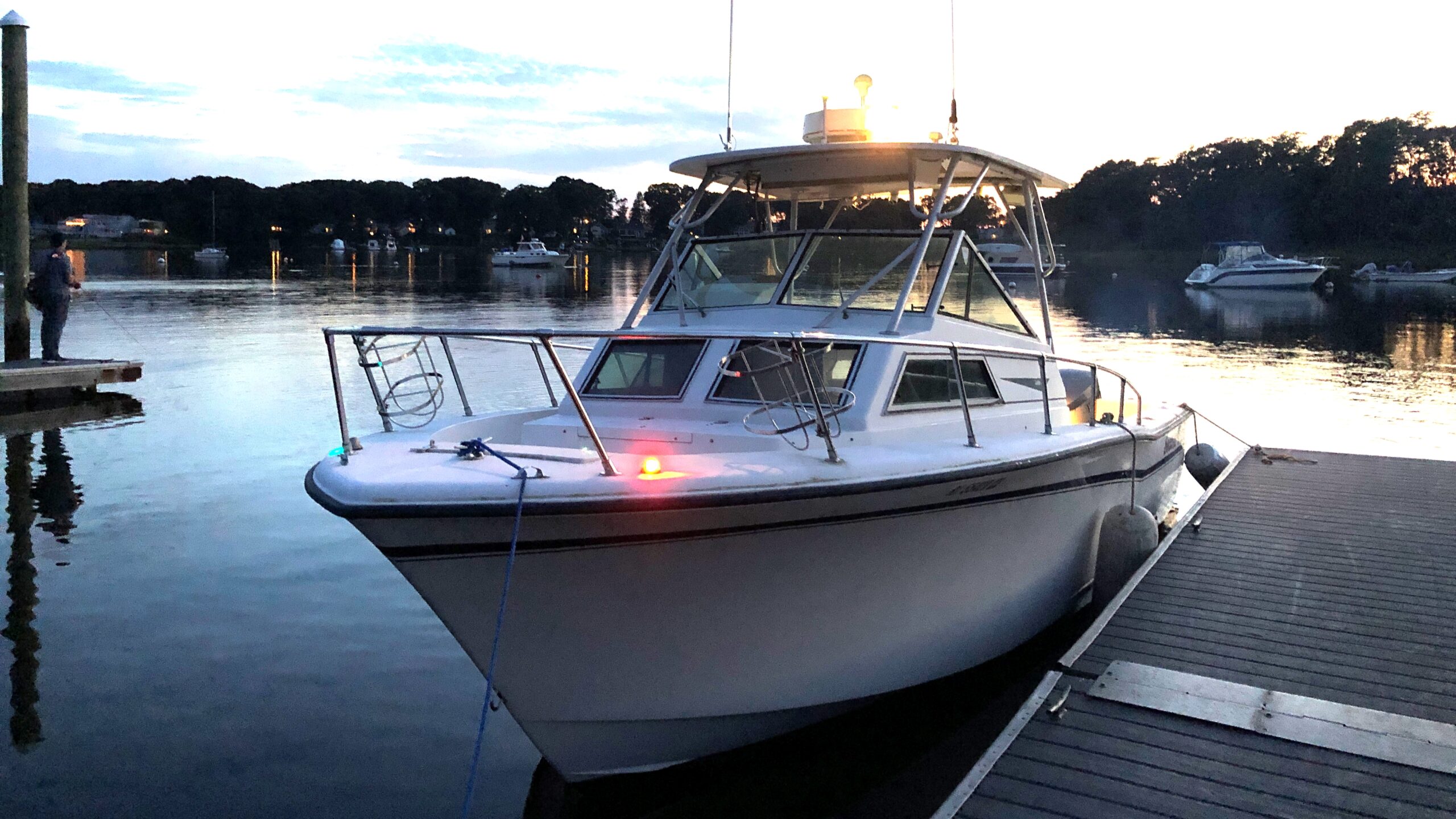 Most boaters agree – boating is an escape from everyday life. But it’s hard to “escape” when you don’t have the right navigation tools to help you get where you want to go!

Whether you use Argo alongside existing marine electronics on your boat, or rely on it as your primary navigation tool, the Argo boating app comes loaded with features – like depth numbers, autorouting and tracks – that make creating a safe route to your destination easy.

Alex, a Rhode Island boater and Argo Captain Ambassador, shares his story about how he discovered Argo as a useful replacement for outdated electronics on his fixer upper Grady-White boat, Second Wind.

“I was given a fixer upper 1988 25’ Grady-White Sailfish boat as a gift from my uncle, and it needed a fair bit of work. I’ve been a boater for years but this is my first vessel that’s actually mine, and it’s also the biggest boat I’ve ever operated.

I was finally able to get the boat mechanicals working in time for the 2021 summer boating season, but my electronics are old, my fish finder/depth sounder often gives unrealistic readings, the GPS is archaic and nearly useless.

On my 3rd trip of the year, I was getting frustrated with the outdated technology when trying to get some navigational bearings on the water, and said aloud “I wish there was an app I could use that had depth, charts, GPS, etc.” My girlfriend responded moments later after downloading the Argo app on the water and said, “Have you tried this?”

I started exploring the app after that trip, adding my boat’s details and started using any feature I could. Bottom line: I’m incredibly impressed by Argo, especially since it’s 100% free, no gimmicks!”

Alex has been using the Argo app for 8 months and says his favorite features are Depth Charts and Routing. He also likes the “well laid out UI (user interface)” and says that Argo is “simple to use like the biggest apps”.

What does Alex love most about boating? “Boating is my escape!”

Get the Argo App!

Argo is available to download for free for phone or tablet on the App Store or Google Play.